Here’s Part 3 of our list, Part 1 and Part 2 are also available. Have you ever been at a work meeting or work event and hear someone say something that you know is inappropriate or hurtful and think… did that just happen? You probably stood there for a moment trying to determine if what you thought you heard was real. Then you catch the eye of someone else in the setting and you both have the same confused look. Yup, you heard it right.

By the time you interrogate yourself, the conversation has definitely moved on and the moment has passed. You are probably going to replay this in your head a few times and struggle with what you should have done differently.

Likely you have attended various DEI trainings, attended multiple sessions at conferences, read a few books and yet, these moments disarm us. The question I typically have after the trainings and the sessions is “what can I do in the moment, or as follow up to the moment?”

These topics are covered in the book Did That Just Happen?!: Beyond Diversity — Creating Sustainable and Inclusive Organizations by Stephanie Pinder-Amaker and Lauren Wadsworth.

Pinder-Amaker and Wadsworth approach the topics from an academic and research-based perspective, but also from their personal interactions over the course of their careers. They rebrand the term microaggression as “identity-related aggressions.” This term emphasizes that to the offended, there is nothing “micro” about the aggression and often those accosted by micro-aggressions have enough of them hurled their way that it feels like a busload, not a micro event.

Changing the term also shifts the focus away from the aggressor and on the aggressed. It is very easy for the aggressor to shrug off their micro-aggression by stating they didn’t mean it that way, or didn’t know that what they said or did was an aggression. Shifting focus on the person being aggressed forces us to think more proactively about these interactions.

At the same time, the authors very much encourage approaching the aggressors from a place of shared learning. It is preferable to tell someone that even if inadvertent, they said something that bothered you and then explain why. Or as an ally, explaining that someone could easily take offense, even if that is not what was intended.

What I really appreciate about this book is how it is organized. Each section begins with a plausible scenario, dives into the harms of the scenario, and addresses what should happen next. The scenarios are very relatable and help the reader to empathize with the characters and/or see themselves in the situation. Beyond addressing how to deal with in-the-moment issues, the book also tackles tactful ways of handling DEI issues at work and what to do when you make a mistake — it’s going to happen.

The authors make a compelling argument that inaction is harmful to our teams. If you are the leader of a team, everyone is looking to you to set the tone and define the norms. Many of us can think of instances where we wish we had said something or done something in a bad moment. Maybe we said the wrong thing and didn’t know how to fix it later. Maybe we witnessed something and drew a blank on how to respond. The book also challenges us to revisit actions that we intended to promote diversity and inclusion, but fell flat. These are well meaning decisions that warrant continual review for whether it met the intended goals.

The approachable and easy-to-read nature of this book makes it ideal for group reading. I was going to write about The Dictionary of Lost Words and am not in the least surprised to know that Alice already did! It’s a wonderful book mostly because the plotting is so thoughtful, but also because it challenges us to think about how language is shaped by authority, mediation, and surveillance as well as use.  Situated in the late 19th and early 20th century in Oxford, it also captures the simultaneous privilege and constraints of middle and upper class white women in England. Gender and class are particularly potently, poetically evoked in this book about what every reader of The Scholarly Kitchen can appreciate – the Oxford English Dictionary (OED).

What Alice so beautifully described as the gendered power dynamic of “the men involved in collecting words for the OED…ignoring (or even deliberately rejecting) some that are commonly used by women and/or less well educated people,” is also present in Lucy Worlsey’s compulsively readable biography of Agatha Christie.  Worsley is a PhD historian, chief curator at Historic Royal Palaces, and perhaps best known for a volume of mostly-BBC history programs. But she also writes – and quite a lot! In Agatha Christie, An Elusive Woman, Worsley takes on Christie’s incredible and incredibly varied oeuvre – not just Miss Marple and Poirot – and her unconventional life. Or was it?

If there is one thing beyond her famous detectives that most people know about Christie, it’s that she “disappeared” for a fortnight just before Christmas in 1926. It’s been described as a publicity stunt and worse but Worlsey handles this like she does the totality of Christie’s life – with attention to the class and gender dynamics that made her able to write and also confined her as a writer, and a woman. Funny, sarcastic, just enough of a diva, not conventionally domestic but a fiendish collector of new houses, a real writer’s writer complete with the ability to write anywhere and a preference for a hideaway, Christie is more compelling than her best fiction. This December 7th, it will be 50 years to the day since Eugene A. Cernan, Ronald E. Evans, and Harrison H. Schmitt slipped the surly bonds of earth and, in the case of Cernan and Schmitt, became the last humans to set foot on another world. Apollo 17 launched at 05:33 UTC on Dec 7th 1972. It’s one of my very first memories – my dad got me up as a wee toddler to watch the launch. On December 14th, I watched them leave the surface of the moon, and my dad said “remember this, I think it’ll be a long time before we come back”.

In 1999, the artist and photographer Michael Light was granted access to 900 of the master negatives from the Apollo Archives, and they were scanned with what was state of the art digital tools. The result of that work was the book Full Moon which composited a journey from the earth to the moon and back, using those photos. It was published on the 30thanniversary of Armstrong and Aldrin landing the Eagle on the Moon. The images are incredible. And if you were lucky enough to get to see the exhibition, with the lunar landscapes rendered at room scale, well…

Andy Saunders (science writer and expert digital restorer) has been given access to ALL of the Apollo missions, and has used the intervening 23 years of technical advances to be able to pull out even more incredible views of the Apollo missions. The result is Apollo Remastered, my book of the year.

Like Full Moon before it, Apollo Remastered is a technical tour de force in terms of it’s publication – with the boundaries of what can be printed being pushed to their absolute limits. Having both books in their full-sized 1st edition glory, It’s quite easy to compare a number of the images and see how even more information has been pulled out of the original negatives.

Of the 12 men who walked on the moon, only Harrison Schmitt, Buzz Aldrin, Charles Duke, and David Scott are still with us. Today as I type this, another picture has been added to the Nasa Archives – Artemis 1 on a test flight as part of a plan to return to the moon, has sent back an image of both the Moon and the Earth seen from the most distant vantage point yet reached by a human rated spacecraft (below). This image and the ones from over 50 years ago remind us that this pale blue dot is the only place we’ve got. And we must all do our bit to look after it. 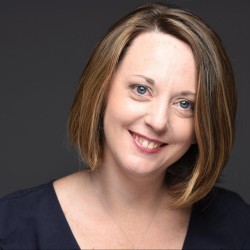