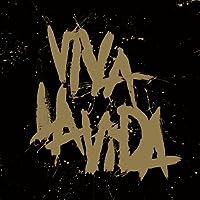 If you want to sue the British alternative rock band Coldplay for plagiarism, you’d better get in line.

According to NPR’s Brian Unger, three musicians are claiming that their intellectual property was misappropriated by Coldplay in their hit song, “Viva La Vida.” They are Creaky Boards, Joe Satriani, and Yusuf Islam, better known as Cat Stevens.  There are links from the NPR site to music on YouTube, so you can make up your own mind.

Cases like this are not uncommon.  Years ago, the Chiffons underwent a drawn-out legal battle with George Harrison over the similarities between the Chiffon’s “He’s So Fine” and Harrison’s “My Sweet Lord.”  Harrison admitted to “subconsciously copying” the song and was required to pay royalties.

Those who create new songs, movies, and academic treatises are constantly borrowing from the past.  This is how new culture is created.

The nursery rhyme, “Twinkle, Twinkle, Little Star” is based upon a popular French melody, “Ah Vous dirai-je, Maman” from the mid-1700’s — a melody Mozart appropriated himself to write several variations.  The French melody was combined with an English poem and published in 1806, creating the song I sang last night to my 2-year-old daughter.  But wait a second, “Twinkle, Twinkle” sounds a lot like “The Alphabet Song“, and also “Ba, Ba, Black Sheep“!  Call in the intellectual property lawyers!

And this is Lawrence Lessig’s main argument in his books, “Free Culture” and “Remix“. Culture borrows from the past.  If we want individuals to create new culture, individuals need to be able to use, adapt, and remix the work of others.

Now, academic writings have something that music lacks — formal acknowledgments.  In order to create new scientific works, academic authors need to reuse the contributions of others, and in doing so, an intellectual acknowledgment (aka a citation) is made.  Forget the citation, and you are libel to be accused of the same kind of stealing that musicians accuse Coldplay of doing.

Stealing implies a conscious decision to appropriate that which is not yours, but being inspired by implies the same conscious intent.  It is unfortunate that our legal culture has framed reuse in terms of theft rather than borrowing.

“Stealing” is a really loaded word to use these days when discussing intellectual property. It’s been appropriated by the likes of the RIAA and MPAA, along with words like “theft” or “thief” to describe people who infringe copyright. It’s not an appropriate word–it describes a different crime, just as you wouldn’t call murder “arson”. It’s used to inflame emotions more than to accurately describe what is happening. Theft/stealing implies depriving someone of physical property, which is not the case for infringement. Infringement is in many ways a much more serious crime, with more serious penalties.

The sad part in this is that the proverbial “line” separating appropriation and inspiration has been erased. Everything is now appropriation. It has a huge chilling effect.

The absurdity of the 3:1 plagiarism ratio in the Coldplay situation shows how ridiculous this has become.

Ran into this article today, which covers similar material, but adds an interesting note. Fair use is much better established, and much more supported in our courts if the use is in criticism or parody than if it is in homage:

The upshot of this is that you’re on much more solid ground if you want to quote or otherwise reference a work for the purposes of rubbishing it than if you are doing so to celebrate it. This is one of the most perverse elements of copyright law: the reality that loving something doesn’t confer any right to make it a part of your creative life.

this is a really difficult question. i agree completely that new work necessarily builds on what has gone before, and should be permitted to do so. the tough part, is the details. is ‘building on’ plagiarism if we can recognize the original? what really distinguishes between an ‘inspired by’ piece and a cover? how far away from ‘cover’ does the new creation have to be, in order to be construed as ‘inspired by’?

that’s the purpose of laws in general. we say ahead of time what the law should be, and purport to expect it to be enforced with an even hand.

i know this is totally superficial, but: it would really be funny if the heart of the argument were to turn out to just be about which musical composition we like more.