Many of us closely following Microsoft have known for a while that the Microsoft External Research group has been hard at work at developing tools for scholarly research. In fact at the pre-conference to the SSP Annual Meeting in May 2008, Pablo Fernicola presented his Article Authoring Add-in for Microsoft Office Word 2007 to a standing room only crowd of curious members. Microsoft formally announced on July 28 that, “Microsoft External Research Provides Free Software Tools to Academics.”

So where is the Redmond goliath going with this? At the Microsoft Research’s 9th Annual Faculty Summit, Tony Hey, corporate VP of Microsoft External Research, highlighted five tools:

Research Information Centre (BETA)
This collaborative online research environment was developed in close collaboration with the British Library. Built on top of SharePoint 2007, “it was designed to allow research partners to store, share, discuss, manage, find, and track all the components of a research project—including data, references, papers, bookmarks, proposals, internal messages, information, and findings—within a simple interface.” This service is currently in a closed beta but Microsoft intends to make the code freely available via their open source CodePlex later this fall.

Article Authoring Add-in v1.0 for Microsoft Office Word 2007 (Version 1 Release Candidate)
As he had described to SSP members this spring, Pablo’s Article Authoring Add-in allows authors and editors to open and save Microsoft Office Word 2007 files utilizing the NLM Article XML format. “Beyond its core file format capabilities, the add-in enables additional metadata to be captured at the authoring stage and enables semantic information to be preserved through the publishing process.… The add-in also aims at simplifying the authoring, submission, and interaction process between authors and journals.” This add-in is available now and is worth a look – especially if you are considering upgrading your systems to handle Word 2007 and are considering standardizing on the NLM Article DTD.

Microsoft eJournal Service (ALPHA)
There may be a new manuscript tracking system player in our space! “The Microsoft eJournal Service will provide a hosted, full-service solution to support scholarly societies, small publishers, and medium-sized publishers in the production of online-only journals…. The service supports managing the submission and review of articles in any format, and the deposit of final articles in information repositories by using the SWORD protocol.” The alpha version running is available now. It is somewhat simple in its current design and aspirations. However, if Microsoft sticks with this one and develops it into a real service (unlike Live Academic Search), it may be of real value to the scholarly publishing community.

Research Output Repository Platform (ALPHA)
This is the one that really caught my attention. According to Microsoft, “this technology, to be available through a free download, provides services based on open community protocols (such as the Open Archives Initiative–Object Reuse and Exchange (OAI-ORE), SWORD, and so on), which enables interoperability and integration with other tools and services. An included toolkit and code samples will allow developers to present data in original ways, demonstrating, for example, the relationships between a published paper, authors, research data, associated lectures, presentation slides, or PDFs.” Many in the community are seeking better ways to deal with the datasets and other results from our authors. This tool is only now in a limited alpha release. An open beta version will be available later in 2008. It may be worth a look.

Microsoft’s Scholarly Communication Site
Quoted descriptions above are excerpted from this site. Be sure to bookmark it! You will thank yourself later. 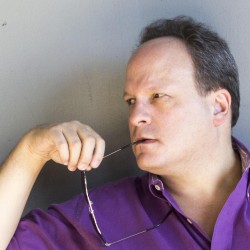 View All Posts by Howard Ratner

Very useful; need refining and to some degree,validating.