Last week I attended the University Press Redux conference in Liverpool. Like the grand old city of Liverpool itself, university presses in the UK are enjoying something of a renaissance. Over the past few years established presses such as Cambridge, Edinburgh, Liverpool, Manchester, Oxford and Wales have been joined by a raft of new presses. Whether heritage or upstart, this resurgence of interest in presses is driven by a dissatisfaction with the current system, and a desire on the part of both authors and their institutions to reassert their role in scholarly communication. And university presses are well-placed to meet these needs by virtue of their proximity and mission.

There are specific structural and policy differences in the UK market — the post-Finch gold open access (OA) environment, the focus on demonstrating “impact” to funders and the need to meet the dramatically increased expectations of students now that they are paying, to name but a few. Moreover, the increasing consolidation of publishers in the humanities and social sciences (such as Informa’s recent acquisition of both Maney and Ashgate) has further reduced the choices for authors and their institutions, driving them to explore home-grown options. The renewed interest in university presses reflects a desire to realign the means of production more closely with the mission of institutions, and it is no accident that all of the recent launches (such as UCL Press, Westminster University Press and White Rose Press) have been established under the auspices of their university library with an open access model. Whether these nascent presses can provide a viable and sustainable alternative in a system dominated by industry behemoths remains to be seen. Scholarly publishing has felt on the verge of major disruption since I joined it over twenty five years ago, and yet…

Within a local context, these new, institutional-facing operations are part of a flurry of innovation. The more established presses have been quick to learn from their embrace of traditional university press values and of their host institutions’ missions. Like the Greek god Janus, presses must face two directions: while continuing to work diligently to exploit their existing capabilities, they are also adapting to market changes and pioneering new skills and products. Realignments have created new opportunities – for example, a partnership between the press and the university at Liverpool has resulted in a new OA textbook to replace a $90 text from a commercial publisher for a course with an enrollment of 1,000 students per year. Even a global leader such as Cambridge University Press (CUP) is addressing the challenge of how to honor their thoroughbred history by refocusing squarely on the needs of the academic community and its parent university specifically.

UK university presses are not only providing an alternative to but also impressive competition for commercial publishers. Earlier this month at the Independent Publishing Awards – and up against industry heavyweights SAGE and Bloomsbury – it was Policy Press, a small, Bristol University-based publisher, that took the title of Academic and Professional Publisher of the Year. And just the previous year, Liverpool University Press walked away with the same award for 2015 as well as the Bookseller’s Independent Academic, Educational and Professional Publisher of the Year award.

So what can a (relatively) small conference of largely UK university presses teach the rest of us? Quite a lot, as it happens. Perhaps the key takeaway for me was the danger we court when we allow ourselves – or actively seek – to become disconnected from our key communities. This obviously applies rather directly to university presses and their home institutions, yet I think it can easily be extended to scholarly communication more widely. It has become too easy and too commonplace to dismiss those who don’t share our views as naïve, uninformed, rapacious or just plain wrong depending on where we sit. (Yesterday’s Ask the Chefs post demonstrated once again the diverse, conflicting and at times rancorous debates about what scholarly publishing is and should be.) Yet as Mandy Hill from CUP noted, we as publishers continue to deliver the same message over and over even though it clearly hasn’t changed the way in which we’re perceived. Are we at risk of becoming the gauche American tourist in Europe who believes that speaking more loudly and slowly will make him better understood? The reputational challenge is one we all need to approach seriously and with some humility.

University Press Redux also succeeded in underlining the value of productive engagement with other stakeholders, especially those with whom we disagree. Alongside presses, speakers included librarians, faculty, students, policy makers, funders, and various representatives from the information supply chain. I can’t remember attending a conference with such broad representation – nor one which included as much constructive and collaborative conversation. All too often I find myself at industry meetings – either publisher or library focused – where we spend most of our time blaming someone else for our woes. At a time when so many of our online forums seem to be characterized by intolerance and division, the sense of community and common purpose was a welcome change.

The raging OA debates have been responsible for much of this polarization, most of which has been driven by STEM fields and journals. As new OA book programs begin to proliferate, the debates are very different. Here, in a market where there are no profits to be made, the concern is more about finding viable long-term business models. Monographs remained a vitally important vehicle for scholarly communication in certain fields, but the traditional closed model is arguably not serving any stakeholders well. OA is therefore not an end in itself, but potentially a means to find a more open and sustainable solution for this important scholarship. There are very real and important discussions underway about the intended and unforeseen consequences of such a shift, recognizing that new models should not damage the ways in which research is produced and shared. As a result, the discussions tend to be more pragmatic, and jettison much of the heated zeal that has characterized debates to date.

Clearly, there is no single future for university presses any more than for any other publisher. Many university presses (my own included) have at times sought to distance themselves from their institutions, but now that every budget line is under scrutiny we need to demonstrate the value we bring to our institutions and wider stakeholders in increasingly concrete ways. Like all established publishers, UK university presses must constantly look backward, attending to the products and processes of the past at the same time as gazing forward, preparing for the innovations that will define the future. It’s a challenging place for any organization, and the management literature is full of case studies of organizations that have failed to achieve the necessary breakthrough innovations. But it’s clear that a confluence of events have provided an opportunity for UK presses to reaffirm their value and role as a trusted alternative. Harnessing institutional support and goodwill will help, but success will depend on an ability to embrace disequilibrium and to build capacity to thrive in a constantly changing world.

(For more on the conference, check out Liverpool University Press’s #Storify) 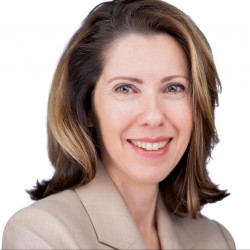 Alison Mudditt joined PLOS as CEO in 2017, having previously served as Director of the University of California Press and Executive Vice President at SAGE Publications. Her 30 years in publishing also include leadership positions at Blackwell and Taylor & Francis. Alison also serves on the Board of Directors of SSP and the Center for Open Science.

View All Posts by Alison Mudditt

‘All too often I find myself at industry meetings – either publisher or library focused – where we spend most of our time blaming someone else for our woes.’

It’s encouraging to see this resurgence of university presses in the UK. (But is Edinburgh really still a university press since it went commercial?) But even with all this experimentation, presses still face a major challenge in using the full panorama of digital technology to create documents that take advantage of it and not just create digital facsimiles of print books. Gutenberg-e and the ACLS Humanities Book Project remain among the very few efforts to create multidimensional, multimedia documents that go beyond the traditional book.

This: “We as publishers continue to deliver the same message over and over even though it clearly hasn’t changed the way in which we’re perceived.”

The conferences that I have attended that are inclusive and welcoming of different viewpoints generally have attendees that are more adaptable to environmental changes and opportunities. Here’s hoping the message of this conference rubs off on others in the global university press community.

Sandy – neither I as Chief Executive nor our non-executives who include Ivon Asquith and Richard Fisher understand your comment about Edinburgh University Press. Please elaborate and I can happily respond.

I offer you my apology for this misinformation. At Princeton and Penn State we used to co-publish with Edinburgh University Press, but at some point we were told that it had been taken over by a commercial publisher. I do not recall now where that misinformation came from. It is not unheard of fopr a university press to be taken over by a commercial publisher, as Iowa State University Press was by Blackwell Science, but of course this rarely happens. I’m sorry I relied on this past memory rather than checking first with people like you who know the truth. Ask The Chefs: What Is The Biggest Misconception People Have About Scholarly Publishing?