Monday marks the annual US celebration of the Reverend Martin Luther King Jr., and The Scholarly Kitchen will be off for the holiday. Niko Pfund, President and Academic Publisher at Oxford University Press (full disclosure, my employer) sent a note around to OUP’s US employees and with his permission, I wanted to share some of his thoughts with the larger community.

Niko suggested spending some time considering the life and legacy of the man that this holiday honors. In particular, he pointed to Letter from a Birmingham Jail, written in 1963, for its remarkable relevance to our current lives. The letter was composed while King was imprisoned as a participant in a non-violent demonstration against segregation, and written as a response to A Call for Unity, a public statement of concern and caution issued by eight white religious leaders of the South.

Below you can hear a recording of the letter. Niko noted one passage that is particularly relevant to our community:

On rereading the Letter, we were particularly struck by King’s invocation of the phrase “collection of the facts” to advance his argument. Whereas we well know that publishing is a great deal more than a collection of facts, the marshalling of facts to advance knowledge and argument is core to our work. At its best, the work of publishing can enlighten, can (from the Letter) “carve a tunnel of hope through the dark mountain of disappointment.”

Thanks for this post David – I was just ruminating on a few of his famous quotes this morning, these ones resonated with me:
‘Life’s most persistent and urgent question is, What are you doing for others?’
‘The function of education is to teach one to think intensively and to think critically – Intelligence plus character, that is the goal of true education’
‘Education without morals is like a ship without a compass, wandering nowhere’

Thank you David, for this timely reminder. Here’s a Dr. King quote on working for positive change that I have found useful:

“Change does not roll in on the wheels of inevitability, but comes through continuous struggle. And so we must straighten our backs and work for our freedom. A man can’t ride you unless your back is bent.”

Among the many wonderful exhibits at the Birmingham Civil Rights Institute is the door to the jail cell where King wrote the letter. It is a profoundly moving experience to stand there and contemplate his words and what he was going through when he wrote them. One of the things I love about living in Birmingham (25 years now, after being raised in Wisconsin and spending time in DC & St. Louis along the way) is how present our nation’s difficult history is here. And in the challenging and sometimes horrific days we’ve had in the past year, it’s good to be reminded of how much good and generosity there has been alongside all the evil and despair. King’s example reminds us never to lose hope and never to stop fighting for this country’s best ideals. 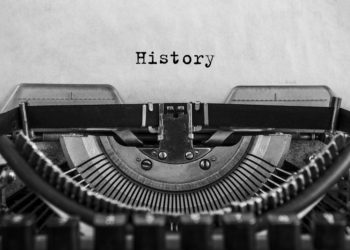