Scientific discovery moves us into ‘a new frontier,’ is engaged with a ‘battle’ against disease, a ‘war’ against cancer, or a ‘struggle’ for truth. Or at least, that is the way it is depicted in the media – a linear and progressive path that focuses on successes and ignores failures. Better living through chemistry. Energy too cheap to measure.

This is also the view of futurists like Ray Kurzweil, who predicts that in 10 years, there will be drugs that let us eat whatever we want without gaining weight, or allow us to live forever (sorry, I won’t be taking that one). It’s often too tempting to listen to futurists — like a plenary given at the recent Council of Science Editors meeting — since they tell us what we want to hear: increased efficiency and production, reliance on added intellectual value, more leisure time. Futurists give us dates that are just close enough for us to imagine, yet far enough away to escape accountability. It’s a great job if you can get it.

Yet it doesn’t matter if you new computer has doubled the processing speed of your old computer. Your brain still functions at the same speed (and perhaps a little slower now) than when you had that old computer. Your new computer does not allow you to review twice as many manuscripts, or reply twice as fast to inquiring authors. Unlike software and hardware, our brain never made the leap to Brain 3.0, let alone the upgrade to 2.0.

“Ah ha!” say the futurists. In the next 10 years, artificial intelligence will be so advanced that it will write my dissertation for me, and no one will be able to detect that it was done by a computer! (futurists use lots of exclamation marks). “Fantastic,” I reply. “I’ll send it in electronically to FacultyAdvisor2.0, which by then, the software will be able to get it back to me faster than my real advisor does.” 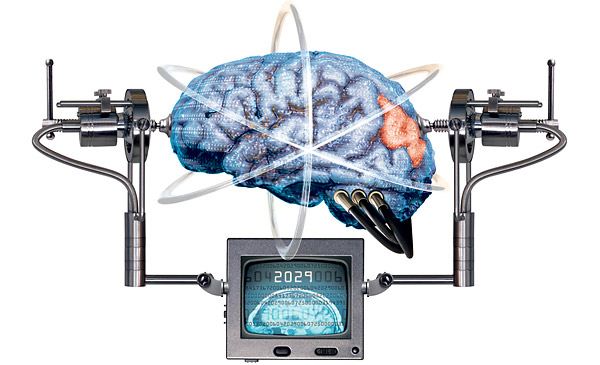 I am tempted to write “Aha! I can remember the last time Phil predicted there would be no accountability for predictions; I have it right here from the Internet Archive!”

(Apparently I’m so tempted that I just went ahead and did it.)

Kidding aside, I’ve noticed that I can now quote former versions of myself (and others) in my own future-prediction talks. I would have thought this would long have been the case (with my email files going back to 1980 or so), but it turns out that email is not sufficient to create a file space consistent enough to retrieve documents by such criteria as “what did Kent Anderson say about in 2003?”.

Google, a Gmail archive, and the Internet Archive will “conspire” to hold futurists whose presentations/work appears online somewhat accountable — maybe not “accountable” but at least “attributable” — just as a library and now online journal archives hold the scholarly record together in some retrievable way.

I guess this is a prediction that Phil will remind me of 5 years from now, if he can find it.