There’s been quite a recent buzz about QR Markham’s recently published book “Assassin of Secrets,” but for all the wrong reasons — it’s apparently plagiarized from a blend of a dozen spy fiction authors including James Bamford, Charles McCarry, and Graeme Greene.

The author, whose real name is Quentin Rowan, has expressed profound regret, and explains in a comment that it’s all a result of wanting too much, too soon. In fact, he’s never really been into writing his own material, as plagiarism checks on his previous work also show plenty of evidence of cut-and-pasting. Even his pen name is borrowed: “Markham” was Kingsley Amis’ nom de plume when he wrote his James Bond novel, Colonel Sun.

The publisher, Little, Brown, is in the stew as well, as this is the second book in five years they’ve published that has been found to be largely copied — the first was “How Opal Mehta Got Kissed, Got Wild, and Got a Life” by Kaavya Viswanathan, which was plagiarized from several books by Megan McCafferty. Funnily enough, “Assassin of Secrets” is apparently quite a good read — after all, the text has an excellent pedigree — and the copies that were sold before it was recalled are going for hundreds of dollars on eBay.

Putting aside the outlandish idea that Little, Brown actively seeks out scandal by publishing books it knows to be plagiarized, it seems extraordinary that nobody noticed before it hit the shelves. Could this result from insufficient attention by overworked editors? Or is it genuinely very hard to detect plagiarism just by reading through a book?

Which leads me to wonder, Why don’t book publishers routinely run their authors’ manuscripts through plagiarism checking software?

A check for plagiarism seems like a trivial step for a publisher who will ultimately invest a huge amount of resources. In the long run, checking for plagiarism may save a great deal of embarrassment and lost revenue. Is it because the plagiarism detection software companies have focused on academic publishing and not the trade market? Or is it because there are cultural differences in attitude towards plagiarism between academic publishing and other writing domains?

Little, Brown did recall all copies of both books, which isn’t a laissez-faire response — but perhaps this story shows there is less willingness to uncover plagiarism committed by the authors of fiction as opposed to the authors of fact. 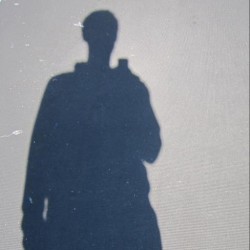 I’m less concerned with the attribution of ideas in fiction. Novels and film are largely composed of borrowed story lines, so formulaic in their reuse, that many are cliché. In these cases, does the original expression of an unoriginal text really matter?

On the other hand, originality is highly valued in science, and needs to be, if we are to advance scientific knowledge. The sociologist of science, Robert K. Merton, described it thusly:

…in the institution of science originality is at a premium. For it is through originality, in greater or smaller increments, that knowledge advances.[1]

If originality is so important, then why is everyone so excited by the PLoS ONE system of peer review lite, which leaves the issue of originality to the side as a criterion for publication?

PLoS One does help researchers to publish negative results, a piece of the puzzle that is often missing from the literature. Negative results aren’t very interesting or exciting, but they are essential for accounting for the file drawer effect in meta-analyses.

Agreed, but to get back to Merton, negative results do not generally bestow great rewards onto the author like positive results unless they provide strong evidence to topple established dogma.

Just to be clear, you’re not saying that le Carré was a plagiarist. Correct?

Matt- I’m definitely not saying that Le Carré was a plagiarist- it hadn’t occurred to me that the title could be construed in that way. Apologies if you spluttered your coffee.

Phil- I don’t see a great deal of difference between fiction and scholarly writing when it comes to plagiarism, as both require one to take pre-existing ideas and bring them together using your own words. In academia, you have to put in a reference to credit someone else’s idea, but this isn’t a requirement for fiction*. In fact, plagiarism of ideas in science is also fuzzier than it first appears, as some ideas are so well known that they mostly go uncited (e.g. the concept of natural selection). Unexciting science and bad literature are also similar in that they don’t contribute much novelty in how the threads of the ideas are woven together, but books and articles like this are the staple fare of publishing. The ‘novelty’ that Merton is after in a scientific paper isn’t always the combination of ideas, and for most empirical studies the novelty is testing those ideas under new circumstances.

The one offense that does get everyones’ attention is to take words and phrasings and pass them off as your own, hence my puzzlement over why testing for plagiarism appears much more routine in academic rather than fiction publishing.

You don’t even need to use a plagiarism-detection system to check out possible instances of copyright infringement. Just doing a Google search on some select sentences is easy for any editor to do, and that can unearth infringement readily. In fact, such checking is so easy now with Google Scholar that many copyeditors include spot-checking of quotations for accuracy by this method.

Plagiarism, as the appropriation of others’ ideas without attribution, is trickier ground, for sure. I documented one prominent instance by showing how Robert Darnton drew his idea for a multilayered, multidimensional document in his classic NYRB essay titled “The New Age of the Book” (March 1999) from an article written years earlier by Cornell librarian, Ross Atkinson. I know how Darnton acquired this idea because it was I who told him about Atkinson’s article. I don’t know whether Darnton ever went to look at the article, but there can be no doubt whatsoever that this was the source of what he talked about in his NYRB piece. But I am quite prepared to believe that Darnton simply forgot where this idea had come from since it was communicated to him by me in the course of a lunchtime conversation. I have no problem believing that Darnton simply forgot where the idea had originated, so that he could not include a citation to the source. Was Darnton therefore a plagiarist? By intention, I would say no; by inadvertence, I would say yes.

I lay out this comparison in detail in “A Post-Mortem for Gutenberg-e; Or, Why Ross Atkinson’s Dream Is Still a Dream,” Against the Grain (January 2009), which can be accessed here: http://www.psupress.org/news/SandyThatchersWritings.html.

That’s just it- the biggest plagiarised section in ‘Assassin of Secrets’ was seven straight pages of lifted text, and the rest is a patchwork. Running a few sentences through google should have rung the alarm, and either that wasn’t done or the results were ignored. For other books with less plagiarism you’d have to get lucky and choose to google the exact copied sentence or paragraph, as otherwise you’d miss it. That’s why I thought plagiarism checking software would be far more effective, as you could just upload each chapter, click a button and be emailed the results- it does all the googling for you.

I’m just wondering, though, what kind of materials the plagiarism-detection services have in their databases. I would be surprised if they included much fiction.

I did an experiment and took the QR Markham text that Edward Champion has on his blog here and ran it through TurnItIn. I’ve put the results up here. It found the Bamford text from ‘Body of Secrets’ on a Barnes and Noble page and got a lucky hit on someone’s blog for some of the McCarry text. The Claremont hit is an analysis of Tears of Autumn, among other books by McCarry.

So TurnItIn didn’t find everything, as clearly the full text for all the books isn’t visible to their search engine, but it did find enough to warrant a much more careful inspection.

Science Increases Wonder -- Robin Ince and the Power of Reality