Dr. Safiya Umoja Noble presented the opening keynote address at the Society for Scholarly Publishing Annual Meeting in May 2018. She is an assistant professor at the University of Southern California Annenberg School of Communication and a co-founder of the Information Ethics & Equity Institute. Noble’s academic research focuses on the design of digital media platforms and their impact on society. Her monograph on racist and sexist algorithmic bias is entitled Algorithms of Oppression: How Search Engines Reinforce Racism (2018). She is an Associate Editor for the Journal of Critical Library and Information Studies, and co-editor of two books: The Intersectional Internet: Race, Sex, Culture and Class Online (2016), and Emotions, Technology & Design (2015). Part one of the interview can be read here.

Editor’s Note: Jocelyn Dawson and Rebecca McLeod interviewed Safiya Noble for this post on behalf of the Society for Scholarly Publishing’s Diversity and Inclusion Task Force. Jocelyn is the Journals Marketing Manager at Duke University Press and Rebecca is a Strategic Account Manager at Copyright Clearance Center (CCC). Part one of the interview can be read here.

There’s a lot of work that needs to be done in scholarly publishing around inclusion. In your own experience as an author, how have you observed power and privilege baked into our processes?

I see my peers at all kinds of different institutions have varying degrees of success in landing publishing contracts with university presses, and I do see a relationship between working at a Research 1 university, and the kinds of presses that approach faculty who work in those places. So, in many ways, the scholarly presses are complicit in reproducing a kind of a power elite among academics.

It starts with going to graduate school or getting a Ph.D. at a top ranked university, private or public. If you get a degree from one of those places, you’re more likely to be hired by one of those types of places. And you’re more likely to be approached by a big university press. So the whole system reproduces and consolidates power among a relatively small group of people, compared to all of the people who get Ph.D.s all over the world. And, of course, U.S. universities and some European or British universities are at the top of the scholarly pyramid of power.

I think presses probably have a harder time assessing the legibility and importance of non-American and non-European scholars, and that seems like something that we need to think about, because there are many forms of knowledge being produced all over the world that are not accessible or available or, quite frankly, even on the radar of U.S. academics. In marketing to academics to help us know what’s new, what’s out, what’s relevant to our fields, presses could take a more international or global approach. Scholars coming out of the global South remain under-supported structurally by global North presses.

I think that people of color are still less likely to be book reviewers. Gate-keeping functions often are performed by men, white men, many of whom serve as key editors around the country at presses. So we have to think about what they recognize as valuable or meaningful, and how their interests may or may not converge with voices that are underrepresented in the field.

My own personal experience has been a bit different. I am mindful that I was the only African-American in my graduate program. I went to the number one ranked school in my field. I’ve worked at top universities, I’m in the number one communications school in the country, and I also am the only one. I am the anomaly. My own personal experience does not really reflect what the majority of my peers experience: a struggle to have their work recognized. For many people, many scholars of color who might aspire to work at large research universities, who might be at Research 2 universities or at liberal arts colleges, or maybe are not in research environments at all, but who aspire to that, publishing with the right press is a huge pathway to being legitimized in the eyes of Research 1 universities. And this is where I’m not sure that scholarly publishers understand the ramifications of the gate-keeping role they play. And I think that’s something we should be talking about.

There are a lot of HBCUs [Historically Black Colleges and Universities], Native American-serving institutions, and Hispanic-serving institutions with phenomenal scholars. The question is, are they cultivated the way those of us at big Research 1 universities are cultivated? My sense is they aren’t. People are doing a lot of great work out there that presses should share, rather than mining scholarly work from the same old traditional places.

There are a lot of people working in our field who don’t feel like they have influence over the publications for which they work. In a panel at this meeting, Peter Berkery of AUPresses mentioned ways of having small impacts — choosing inclusive images for the website or art for a book cover. What advice do you have for mid-level publishing employees about ways, even small ones, that they can ensure that their work isn’t reinforcing systems of oppression?

I started working with two other information studies scholars over the past year, Sarah Roberts and Diana Ascher from UCLA. The three of us started the Information Ethics & Equity Institute, which is specifically about doing training in our field around issues of ethics and equity, because we, too, see the lack of knowledge on the part of training library and information science professionals.

We’ve worked in iSchools [information schools] for a long time. We see that there might only be one course, if that, around issues of diversity and equity and inclusion, and that class might be for 10 weeks. How could we expect people coming out of information schools to be properly prepared to enter these jobs, both on the publishing side and the library side, and to perform the sense-making work that we are talking about in terms of understanding their biases and how their specific roles can advance equity more broadly in our field?

So, one intervention is not just with us, but with others — more training, more professional development, ongoing lifelong learning around these issues — rather than assuming that we’ve got it and we know everything we need to know. We have a field that is dominated by women at the mid-career level, and yet the field doesn’t feel particularly feminist. So I think we could ask ourselves, what does it mean that women or people of color might fall into traditional companies and organizations and feel that they have to reproduce what’s already been there, rather than bring new ideas to it? And, of course, when we are in mid-level management positions, we often don’t feel empowered to make change, put new ideas on the table, enforce and carry out different possibilities. So, there is a retraining — or training — of senior managers that needs to happen. Maybe they’ve never had any training in how to operationalize their commitment to diversity and equity. Because it’s one thing to feel something in your heart — what’s more valuable is figuring out how to write policy. How to put new practices in to play. How to diversify the workforce. How to keep conversations going. How to rectify and resolve mistakes or missteps. That’s much harder work, and work that people have less facility with, in my experience.

There are great studies, for example, in academic librarianship. We saw Ithaka do a study a few years ago where they identified that it wasn’t a lack of a diverse pipeline that’s creating the same old outcomes. There are tons of people of color in the library science pipeline who either leave the field discouraged, or stay but don’t get promoted into upper management. We can’t seem to crack the code on senior management.

So that’s really where we have work to do. Rather than placing the onus on the people and the pipeline as not being the agents of change, we actually have to look at the people who hold power and how they constrain the possibilities for change. I think that’s where there’s more work to do, and I see myself as part of that work.

It’s not that people of color, first-generation, working class people aren’t interested in our fields. It’s that they come to elite organizations with cultures in which they don’t feel comfortable, and that consistently remind them that they’re not on the inside. And if people aren’t interested in what they know and what they could bring to the table, they leave. It is a travesty that so many millions of dollars have been put into diversifying the pipeline to bring people into the field, and then the leadership and culture of the field immediately ostracizes them.

I think the same is true in academia, which generally thinks of itself as liberal, cosmopolitan, global, and worldly, but, in actuality, is so structurally racist and sexist. Many studies show that it is that way, and yet when we come up with interventions on how to change it, they are slow to be adopted. In 2018, we are hearing the same things about slowing down the pace of change that people heard in the 1960s.

This points to why equity work is not about personal interactions, but rather about policies and practices and structures. People come into an organization and they are socialized by its policies and practices. When you make equity and you make ethics and respect a possibility in the workplace, people fall in line with that, and they are interested in that, and they understand what the norms are around respect. What I see is a total erosion of norms around respecting people, especially a huge rise in anti-Blackness.

It’s one thing if my co-worker holds racist views but can never act upon them in an open and blatantly disrespectful way. In that situation, I can still do my work comfortably. But when they can act on these views and verbalize them, now it’s something different. Now, it’s actually an impediment to my ability to come to work and do my job. It doesn’t really matter what people think inside their minds, it’s how they behave and how they act.

And if they can get away with it, too.

That’s right. And whether that behavior is rewarded. Often, what we see, and what has been part of the conversation about #MeToo in academia, is that men who sexually harass — serial harassers and assaulters — are rewarded. They are often at the top echelons of a university. And the women who do the labor of reporting, of supporting victims, of intervening, are often the lowest paid, most precarious workers, as well. And, of course, the victims are often women, and often women of color.

The cultures of a workplace protect some and disenfranchise others. 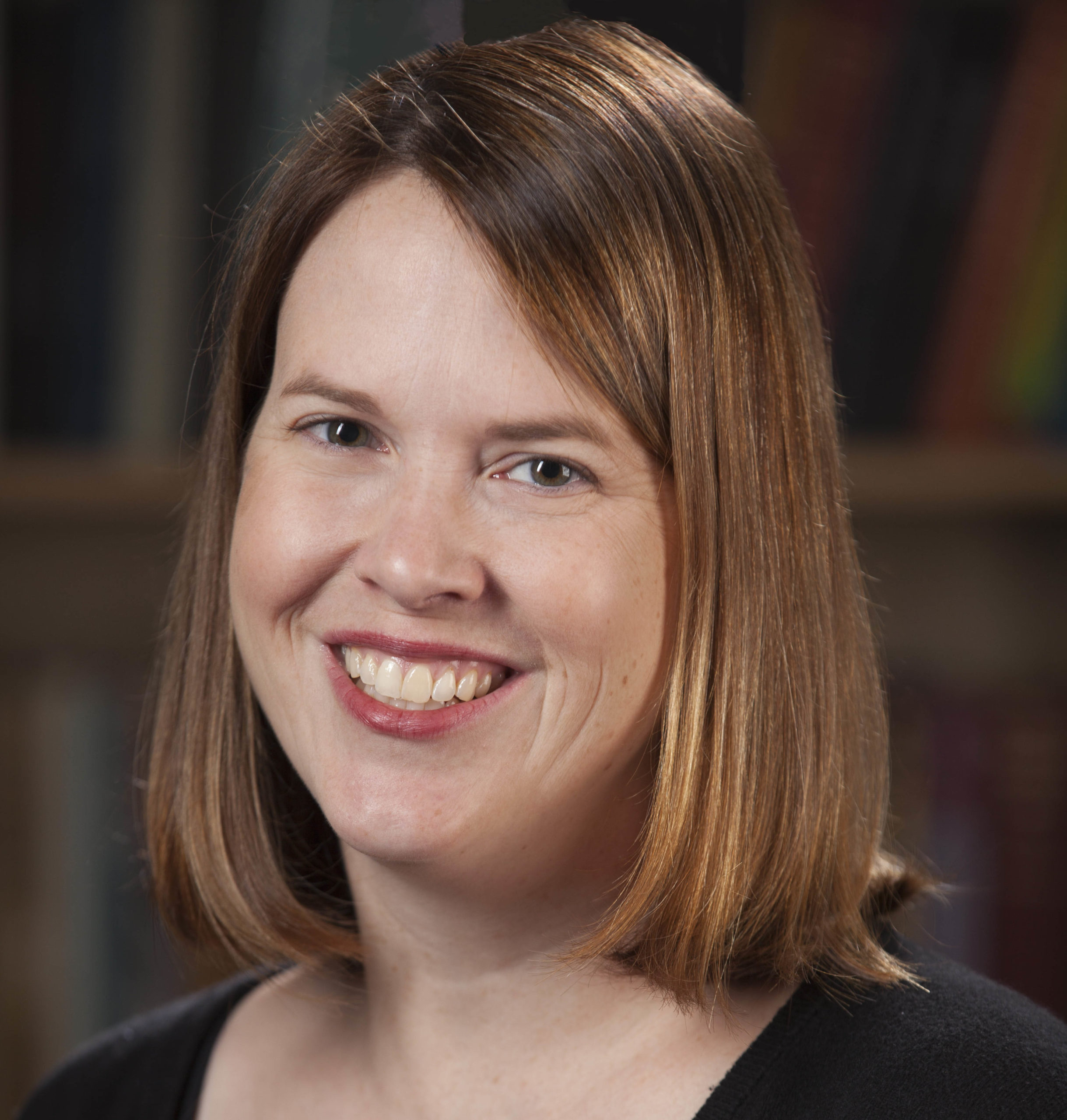 Jocelyn Dawson is the journals marketing manager at Duke University Press. She has served on committees of the Association of University Presses and the Society for Scholarly Publishing and is a previous member of the SSP’s Board of Directors. She plays an active role in equity and inclusion efforts at Duke University Press and co-leads the cross-organizational Toolkits of Equity project to develop antiracism guides for scholarly publishing.

View All Posts by Jocelyn Dawson

View All Posts by Rebecca McLeod