I recently joined a Facebook group for women in academia. Without breaking the confidences of a closed Facebook group (albeit one whose membership numbers in the thousands), this group has been eye-opening. As well as celebrating successes, there are many stories of difficulties encountered. Each of these posts on its own represent one challenge or frustration, some big, some small. Taken together, however, the messages build up a strong picture of some of the issues faced by women in academia. Female academics share stories of sexual harassment and abuse, problems with childcare, uneven expectations regarding household tasks, and lack of recognition for their work with, for example, their names being missed off papers.

Worldwide, women make up 29% of academic researchers and this percentage is lower at senior levels in higher education.

At INASP (I’m INASP’s Publications and Engagement Manager), we are working to address inequality in research and knowledge systems. At a macro level, there are inequalities between the Global North and the Global South and I’ll, no doubt, write about those in future posts. However, there are inequalities at a more granular level too – differences between rich and poor within countries, differences between urban and rural populations – and the universities in those regions, differences based on ethnicity, disabilities, religion and many other factors. These more granular-level inequalities are highlighted in the Sustainable Development Goals (SDGs), which talk about the need to “combat inequalities within and among countries”. One key inequality, which gets an SDG target of its own, is gender.

Based on the comments so far, it seems that the most active users of my new Facebook group of female academics are largely in the US and the UK. The anecdotes I’ve seen confirm that male and female academics are not treated the same in the Global North and this is backed up by statistics. For example, in 2015/2016 in the UK, female academics were paid, on average, 89.5% of the pay of their male counterparts. A recent Elsevier study, which looked at academics in 12 countries/regions (although, notably, none of the areas covered were in Africa or defined as low-income countries), showed an improving gender balance picture but ongoing disparities in numbers of women versus men and in the number of papers published. This interesting US article from 2015 reveals five biases that work against women in STEM subjects. Meanwhile the recently trending #metoo hashtag has shown some of the extent to which sexual harassment and abuse are prevalent worldwide, including in research.

These many challenges for female academics are often exacerbated in the Global South. Some of the challenges we have heard about from partners include:

Two years ago, INASP began to take a stronger focus on gender issues in higher education. At the request of the University of Dodoma in Tanzania, which is an institutional partner on our AuthorAID project, we supported a workshop exploring the gender gaps in the institution. This workshop provided a space for women to share their experiences – see the video below for some of the stories.

Such workshops and similar activities are not just about raising issues. Crucially, the Dodoma workshop provided a space for recommendations to be made on how to close the gender gap. One of the key outcomes of this workshop for the University of Dodoma was the development of a gender policy, which is already having an impact in the university. For example, the University of Dodoma is spread over a large campus that is not safe for women to walk around alone at night. The last bus around the campus used to stop at 6pm, preventing women from staying late to work in their labs or in the library. As a result of the identification of this problem, this issue was addressed with a further bus at 8pm. Another development as a result of Dodoma’s gender policy has been to ensure that both male and female invigilators are present during examinations to reduce instances of falsified sexual harassment claims – especially during checking for unauthorized materials in examinations rooms. In addition, freshers’ orientation sessions now incorporate gender sensitization issues and gender balance is considered during students leadership elections.

The impact of this workshop has gone beyond the University of Dodoma. Last year, the teams at Dodoma and INASP worked with two gender consultants to develop a Gender Mainstreaming in Higher Education Toolkit, to support other institutions to embark on projects to address the needs of both men and women equally and fully. This toolkit has been used and adapted in other institutions in Tanzania and also in Ghana. Professor Flora Fabian of the University of Dodoma was involved in this training, demonstrating the role of women in the region in sharing experience and knowledge.

In parallel, last year INASP provided a grant and support to the Somali Institute of Development and Research Analysis (SIDRA) to enable it to run a conference examining the gender issues and gaps within research and academia in the Puntland region of Somalia. The conference included a wide range of participants (male and female, from academia, government, and civil society) and covered topics such as barriers facing female researchers in Somalia; balancing career and family; and opportunities for women in higher education and beyond. The discussions resulted in a policy paper for the region. This year a second knowledge exchange event was held with a particular focus on female researchers and lecturers. Highlights are shared in this new video documentary below.

One of the ways that the AuthorAID project has been working to address issues of lack of female role models and general confidence is by recruiting more female experienced researchers to act as mentors and online-course facilitators, as well as directly reaching out to women (for example, through the Organization for Women in Science in the Developing World network) to encourage them to take advantage of the services that AuthorAID offers.

One of the things that has inspired me most from our gender work so far has been the power of bringing people together. In Dodoma, the initial workshop gave female academics a stronger voice, showed them that they were not alone and resulted in changes that are now being adopted at a top level in their university. Similarly, the conference in Somalia provided a space for discussion and action in a country where there are clear inequalities and marginalization of women. An AuthorAID partners’ meeting last year also enabled some of the team from Dodoma to share experiences with other institutions in Tanzania and also Ghana. And our partners in Tanzania and Somalia have also begun talking to each other, sharing experiences and ideas with each other and more widely, for example in a webinar earlier this year.

There is more to be done though. As the recent Facebook discussions have reminded me, many complex challenges remain for women in academia worldwide. But these discussions – like those we have seen with INASP’s partners – are also a reminder of the power of women — and men — coming together to celebrate successes, share ideas and support each other to address these challenges.

Thank you to Sahro Ahmed Koshin of the Somali Institute of Development and Research Analysis, Somalia, and Prof. Flora Fabian of the University of Dodoma, Tanzania for their help with this article. 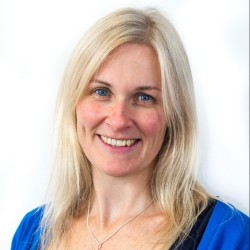 Siân Harris is Publications and Engagement Manager at INASP, an international development organization that supports the production, sharing and use of research and knowledge in more than 25 countries in Africa, Asia and Latin America. In addition to her main job of looking after INASP’s publications and media relationships, she is also a mentor with INASP’s AuthorAID project and a member of the Think.Check.Submit. committee. Before joining INASP, Siân was editor of Research Information magazine for over a decade and a writer and editor on several science and technology publications at the Institute of Physics Publishing and other publishers. She has a PhD in inorganic chemistry from the University of Bristol, UK where she also worked part-time for the university library. She tweets as INASP at @INASPinfo and (in a predominantly personal capacity) as @sianharris8.

View All Posts by Siân Harris

Thank you Sian. This article covers it all so well!
Well done.
Sahro

Thank you Sahro. I know you have plenty more to say about your work in Puntland so there will lots of further things we can share with the Scholarly Kitchen community in the future. Diversity and Inclusion at SSP: An Interview with Executive Director, Melanie Dolechek