In November 2018, it was reported that the Chinese central government’s Committee for Deepening Overall Reform had passed a document called “the Opinions on Deepening Reform to Cultivate World-Class STM Journals” (“the Opinions”). It generated wide interest and discussion, but the document was not made public until mid-August 2019. I spoke with a Chinese publisher about why it had taken so long to publish an official document that had already been announced. He said that turning the ideas into action is really the key and that it was likely that working out an implementation plan was responsible for the delay. He was right.

One month after the release of the Opinions, an Action Plan for the Excellence of Chinese STM Journals (“the Action Plan”) was published jointly by seven administrative departments and will be carried out on a 5-year cycle. In Year 1, it will provide nearly 205 million RMB ($29 million USD) funding to support 285 projects which includes the development of 280 existing STM journals. In each of the following four years, it will also fund the launch of up to 30 new titles. The scale of this new plan is unprecedented, and therefore it is regarded as a milestone step in the development of Chinese STM publishing. The application process for participation started almost immediately after the Action Plan was published, and selection was completed with results published by November 25, 2019. I spoke with two publishers to hear their views on China’s efforts to improve STM publishing. Both have journals selected by the new funding plan. Dr. Zong-Ming (Max) Cheng is a professor at the University of Tennessee and Nanjing Agricultural University. He received his PhD in horticulture from Cornell University. In 2014 he launched Horticulture Research and served as the founding Editor-in-Chief, then in 2019 he launched two new journals Plant Phenomics, as one of three co-Editors-in-Chief, and BioDesign Research, as the Executive Editor. Dr. Cheng speaks and writes frequently about STM publishing in China.

Dr Xiaofeng Wang is the Chief Editor of Chinese Laser Press (CLP), and serves as an editorial board member of Learned Publishing and Acta Editologica. He received his PhD in Optics from Shanghai Institute of Optics and Fine Mechanics, Chinese Academy of Sciences. Under his leadership, CLP published three new high-quality journals in the last 10 years, and has also pioneered the use of social media for scholarly publishing.

In the last two decades, international impact has been a key word in the development of STM journals in China, and many efforts have been made by the government and individual editorial offices. In your opinion, which are some of the successful attempts?

Zong-Ming (Max) Cheng (ZC): I think the most important effort probably is that the entire scientific community has recognized the pivotal roles of scientific journals in the research, generation of knowledge, and translation of knowledge to technology, followed by the high technology economics, and finally the representation of global “hard” and “soft” powers. From top management to each journal office, enormous effort has been put into improving journal quality and boosting their international influence. Probably the most important strategy would be recruiting experienced editors from top journals globally to grow the new, or to-be-improved journals — for example, Cell Research Editor Dr. Dangsheng Li who used to be Associate Editor of Cell, Research Editor Dr. Tianhong Cui from University of Minnesota, and Plant Phenomics editors Seishi Ninomiya from the University of Tokyo and Frederic Baret from French National Institute for Agricultural Research. Of course, working with established international publishers has boosted the international image and ethics standards of Chinese academic journals. This type of partnership is likely to continue in many cases, but some journals may switch to their own publishing platforms, or change partnerships between global publishers.

Xiaofeng Wang (XW): Chinese researchers contribute more and more to the world of scientific publishing, however, STM publishing in China has been left behind in aspects of quality, influence, and management. The problems are perceived by the central government, and financial and policy support has been arranged.

The Project for Enhancing International Impact of China STM Journals was started in 2013, which comprised two stages, 2013-2016 and 2016-2019. In 2019, a new project (the Action Plan) has been started to support the development of Chinese STM journals. 280 journals, including many journals published in Chinese, have been selected for support. Meanwhile, new journals are approved regularly and frequently.

With this support, those potential high-quality journals get the chance to do more things than ever. For example, they are now able to invite international editors, use recognized manuscript processing systems, develop journal publishing platforms, and start cooperating with international publishers. In the 2010’s, Chinese STM journals have developed faster than ever.

As far as I know, the vast majority (75%) of Chinese STM journals published in English language are co-published with international publishers. Are there any differences between these collaboration deals in China and those in other countries, and in your opinion, what are the advantages and disadvantages for the two sides?

ZC: In many cases, the type of collaboration happening in China is generally similar to that between publishers and societies, or independent journal owners, in terms of launching new journals and publishing. My own collaboration in launching Horticulture Research initially with Nature Publishing Group, now Springer Nature, has been seen very positively by both sides. What the international publishers have gained is access to the huge Chinese market, new journal launches, ever-growing numbers of scientific papers, subscriptions, and professional consulting services. What the Chinese side has gained is largely “know how” to launch and manage journals by international standards. Collaboration with international publishers has allowed many new journals to start with only an ISSN but without a Chinese journal number, which is required for publishing in China. Successful journals can then later be granted Chinese journal numbers. This type of collaboration is mutually beneficial overall, although I have seen that some international publishers have taken unfair advantage of this opportunity and not offered their collaborators an appropriate profit share. This may backfire later.

XW: I do not know much about the journal collaboration outside of China. Most journal editorial offices in China publish only one or a few titles, and cannot afford to develop publishing platforms. The cooperation with overseas big publishers takes those journals to the overseas readers, helps attract submissions from foreign authors, and improves the skills and ability of Chinese editors. Meanwhile, the cooperation helps enlarge the journal portfolio of the international publishers with less cost.

However, there are some possible uncertainties for these cooperative efforts. For example, who owns the copyrights for those journals when the partnership ends? And since different open access policies are being adopted in different countries, what kind of policy should a co-published journal follow?

Recently four Chinese government departments released a joint document called “the Opinions on Deepening Reform to Cultivate World-Class STM Journals”. This guideline document mentions “opening up and expanding collaboration channels for STM journals” and “supporting STM journal publishers to actively participate in global academic governance, deepen cooperation with international counterparts, and enhance market development and competitiveness.” How and where do you think this clause will be implemented?

ZC: Although this is not the first project to incubate top global professional journals, surely this is the largest one so far. This project stimulated competition for funding at all levels, which no doubt, has boosted the interest and effort to match China’s output of research (research articles) and the journals that publish these papers. Learned publishing lags far behind other sectors of “business” in China, especially English language journals. This new project will fund five areas: 1) building digital platforms for all journals and publishers, 2) incubating sizeable publishers which will collectively publish similar journals from different organizations, or from the different offices/units within the same institutions for more efficient and effective management, 3) improving individual English-based and Chinese-based journals both in quality and quantity, 4) launching new English-based journals, 5) training journal professionals, both in professional skills and in implementing international professional standards. This five-year project will support Chinese companies to become more competitive, but I don’t see the Chinese companies being able to compete with major international publishers anytime soon. But getting some minor share of the market is surely possible.

XW: Publishers in China are encouraged to join related publishing associations and take active part in them. For example, Chinese Laser Press is a member of ALPSP, and we learned a lot by joining its activities; Helen Zhang from Zhejiang University Press is an active member of ALPSP and well known for her research on publishing ethics. However, only a few publishers in China are active in the international publishing community.

How do you think international players — not only publishers, but all those participating in academic communication — can join the internationalization efforts of Chinese STM journals?

ZC: From what I have experienced in China in editing Horticulture Research and meeting university leaders, many journal professionals from government, and technical editors and staff, there is still huge room for international for-profit and not-for-profit organizations to participate and collaborate. These include knowledge-generating enterprises like universities and research institutions; knowledge-exchange and dissemination organizations such as AAAS; publishers; language editing service providers; patent service providers; and training providers on “how to perform research and publish scientific papers”. China has been very open in all these areas and is embracing these collaborations. I encourage international groups to take advantage of these great opportunities, but to approach them with an open-mind and an attitude of mutual respect. Collaboration allows us produce more, better knowledge and share more freely and globally. This is the best way that science can serve all humankind without borders and without bias. Western countries have helped China advance its higher education and research enterprises, and as China catches up, China will help — actually already is helping, other developing countries in the same way.

XW: Chinese journals are earning attention from the international publishing and academic community, but we still have a long way to go. Most Chinese journals do not have their own publishing platforms; they do not get timely support from their IT companies to incorporate some publishing functions; the English language is not well mastered by many editors; Chinese journals are publishing more and more high quality research results, but they are often not picked up by other media. All these shortcomings or inconveniences will hopefully be alleviated as more collaboration is established in the future. 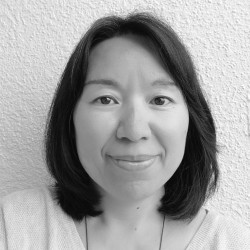 Welcoming a New Chef in the Kitchen, Tao Tao