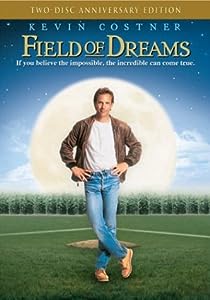 “If you build it, they will come.”

That’s the common misquote from the movie Field of Dreams and the W.P. Kinsella novel that inspired it (the disembodied voice actually said, “If you build it, he will come.”).  Just as so many have gotten the line wrong, it’s also a statement that has frequently been mistaken for an actual business model.

Creating a new social media venture is a pretty common practice these days.  Getting buy-in from users and building a large following is more difficult, but clearly not an insurmountable problem.  At some point though, the venture capital is going to run out, so it’s important to have a plan to turn all that traffic into revenue.  Simple, right?

Last week we saw two social media giants grappling with this problem, Ning and Twitter.  While these companies are in very different financial situations, they’ve both come to the realization that they do actually need a functional business model if they hope to continue to exist.

Twitter is approaching things from a position of strength. They’re amazingly popular, with over 105 million user accounts and 300,000 new users signing on every day.  Even so, they understand how precarious a position they’re in, and they’re taking an extremely cautious approach to monetization through advertising (covered well by Kent here).

Ning (a platform for creating custom social networks) appears to be in major financial trouble, announcing that they’re laying off 40% of their staff and eliminating all free accounts on their site, asking free users to upgrade to paid services.

Advertising revenue was originally seen as the cure-all for web businesses (it was Ning’s original plan to pay for everything by selling ads).  Over time, those ads have become devalued to a point where this is only a viable strategy for an extremely small number of players, really the top sites that generate massive levels of traffic.  Twitter would certainly fall into that category, so their approach, “Promoted Tweets,” is probably the right move.  It seems innocuous enough, and far from the sort of intrusive advertising like pop-up ads that anger users.  The question, though, is whether this sort of advertising is going to be effective.  Google ads work so well because they’re shown at a point when a user is actively seeking information:

Right now, considerable advertising money is sloshing through the Web because most marketing managers remain clueless about how it works. They think that because search advertisements generate lots of business, other Web ads must work just as well. What a fallacy — brought on by ignorance of the basic Web user experience. People go to search engines when they’re explicitly looking for a place to do business. This is why search engines profit from sucking up the work of content sites (where users exhibit strong banner blindness).

Promoted Tweets do resemble search ads in some ways — they’re served up when a user searches Twitter for a particular topic.  But it’s unclear if Twitter searchers are seeking the same sorts of information as Google searchers and if their ad response rate will be similar.  The good news for Twitter is that if these sorts of ads fail, there are many other strategies to pursue and their funding and popularity is certainly strong enough to hold up for a long while.

Ning, however, is in much more desperate straits.  According to this analysis, they burned through $120 million in VC funding only to prove that eyeballs don’t pay the bills:

Ning’s problem is not a lack of eyeballs but its inability to turn them into cash money to pay the bills. Getting more of something that’s a net-negative is not going to make up for it.

It’s similar to the problem that news providers are facing, one that Rupert Murdoch understands perfectly, despite all the dot com er, Web 2.0 pundits who seem to know better.  If you have a product that you can’t sell, then having more freeloading users doesn’t solve the problem; it just means higher overhead costs.  For Murdoch, if he tries to charge for his product, readers will just hop over to the next free news website, leaving his behind.  For Ning, there are already plenty of free alternatives (examples here and here), and it’s likely that their free users will abandon them rather than upgrade.

It’s the confounding business issue of our era — no matter what you do, what you sell, there’s always someone else willing to give your product away for free in order to make money on something else.  Google will give away your GPS navigation services, your cloud OS, your real-time search, etc., in order to sell ads.  If your product is not unique and irreplaceable, someone else is going to undercut you:

There will always be a company that replaces you. At some point your BlackSwan competitor will appear and they will kick your ass. Their product will be better or more interesting or just better marketed than yours, and it also will be free.  They will be Facebook to your Myspace, or Myspace to your Friendster or Google to your Yahoo.  You get the point.  Someone out there with a better idea will raise a bunch of money, give it away for free, build scale and charge less to reach the audience.

And that’s why I’ve repeatedly argued that quality is still the best business strategy.  Make something so good that it can’t be replaced by a free “good enough” version.

The quote above, by the way, comes from Mark Cuban, who pioneered the only surefire way to monetize traffic — build it up,  get as much attention and hype as you can, then sell the whole thing off to some other sucker and let them deal with it.

Talking about quality misses the point, I think. There is no service in the same category as Ning that is of high enough quality that anyone will pay for it.

You’re right, and that’s a big problem for a lot of online businesses, but not an insurmountable one. There are pieces of software that sell because of their high quality. Papers is one example, which is very popular with Mac-using scientists despite a variety of free but clunkier alternatives.

For content producers, like Rupert Murdoch or the scholarly publishers who read this blog though, quality original content is one way to make your product irreplaceable. If you offer readers something valuable yet unique that can’t be found elsewhere, it’s easier to get them to pay and be loyal.

I think there are some free statistical software packages as well, but professionals still primarily use the expensive stuff like STATA and SAS.

As for content, I don’t know. I think that’s always going to be a power law area where a tiny minority comprises the majority of those that can make a living off of it; and if you’re in that minority the amount of attention you can command will probably be sufficient to pay for your stuff through advertising and other indirect means.

Crazy that all these folks are left with the option to pay or leave. I noticed there are some free options out there. Zerista is one that is a free and lets you take your group to your mobile phone.

Great read. I agree that traffic isn’t really a revenue. Quantity doesn’t really prove to give more revenue that’s why quality is still the best way to get revenue.

Twitter doesn’t do enough for me, I still use it to try and get more traffic. I’m not updating people on bathroom breaks or anything like that, but it seems like people like that get more followers.