3:30 p.m.: David C. notes that publishers are in an interesting quandary — they’re castigated for making a profit, yet they’re asked to make huge ongoing investments to make information more findable and usable. Publishers need to bring out the message about those investments, and the benefit they provide. David S. noted how Seed Media “absolutely got nailed” when they tried to allow a commercial firm (Pepsi) to post a sponsored blog. The result was an immediate, hyperbolic response. David C. notes that academics are often quite insulated from the issue of finance.

Kent ends the session by thanking the TSK bloggers, and that brings the session (and the 2012 SSP annual meeting) to a close.

3:20 p.m.: After a discussion of some of the group’s favorite past posts, a question for the audience asks the group how they would use TSK to advance the dialogue about “what publishers are good for.” David C. notes that there’s a very strong “almost propaganda campaign” to paint all publishers as avaricious corporations. David notes that all of the journals he’s worked with have been very different in temperament and objective. “Even the big corporations are publishing a lot of scholarly journals . . . We do a terrible job of explaining who we are, what we do” in terms of advancing science and the scientific community.

Kent notes another example of publishing’s value proposition being muddied: the confusion around the issue of copyright, and whether giving authors copyright actually exposes them to some potential unrecognized vulnerabilities. David S. notes that publishers are starting to accept that they haven’t done a good job in explaining their value proposition, but that our current (largely trade-association-driven) efforts to make the case tend to be viewed as self-interested. A focus on the people in scholarly publishing, and taking the message in a more personal direction, could be more fruitful, he suggests. He points out that publishers have never gotten credit for the sums and effort they’ve spent in making information available on the Internet, and that the events of the past six months have “brought a lot of latent issues out in the open” where they need to be dealt with.

Kent noted that, in addition to not getting the positives out, the negatives hang around for a long time, and it’s hard to dispel them.

3:10 p.m.: Kent next raises the time question: How do you actually find time to blog amid so many other responsibilities? David S. notes that he blogs only on his own personal time, not his employer’s — and “it’s tough,” he says — “when you suddenly know you have to put your thoughts out in front of an extremely intelligent and critical audience, it raises the pressure.” Ann says that she has at least a dozen posts that are “half-started”, before the internal editor/censor takes over. Ann says she likes to blog short, and “leave a lot of room for somebody else to say something about it.”

David C. also says that he does this mainly on his spare time. And his posts, he says, either are tossed effortlessly off in 20 minutes, or take 3 weeks of excruciating work.

Kent next asks what sources the team uses for ideas and raw material. Phil says he gets “inspired by scientific papers” — he likes to try to cover the literature on scholarly publishing. It’s a big commitment, he says — grappling with the literature is “a huge amount of work.” It’s easier, says Phil, to editorialize. David C. says he uses Twitter a lot — which, to him (a long-time Twitter skeptic) is a bit of a surprise; David S. also sees Twitter, as well as Google+ (“The social network that dare not speak its name”). Kent says that his posts are often spurred by running across something he doesn’t understand, and trying to grapple with it. And Michael notes the most potentially enjoyable source of all: pub conversations.

3:00 p.m.: A question from the audience: Kent showed the metrics on the number of posts and number of comments. Is the number of comments a measure of how well you’ve done? Kent says he’s on the “let ’em through; see what happens” side; Phil believes a bit more in filtering. How you respond depends on the circumstance — sometimes discussion and debate in the comments works; sometimes it doesn’t. As long as the discussion is rational and thoughtful, says Kent, the audience will continue to grow.

Ann says that sometimes it’s a good idea to just let the community do the commenting — there are other voices out there who can help drive the discussion. David C. says that, with a daily blog, there’s a great freedom in just being able to walk away from an acrimonious discussion, knowing that there will be another post tomorrow.

2:55 p.m. Next Kent moves to the topic of humor in the blog — not just the annual April Fool’s Day jokes, but elsewhere in the blog as well. Phil, in response, notes that in some cases when you play with wit and sarcasm things can go wrong. One example: Kent’s FRAPPE post, which attracted a surprising flow of negative comments, and which Kent tried to respond to. Phil details his valiant efforts to bring order to the chaos. “We have to be even more polite,” says Phil, when wading into controversy.

David C. notes that if you offer “even the slightest bit of analysis” (e.g., as in David’s post on alt metrics), you open yourself up to attacks. “There’s a point where you have to walk away from the argument.”

Says Ann: The people who comment tend to be at one extreme or the other; the moderate comments tend to get ignored. “Rationality is really kind of boring.”

David S. says that sometimes, you need to “go down about a hundred comments,” when the “drive-by commenters” have finished, you can find some fantastic discussion.

2:50 p.m.: Kent kicks off with a basic question: Why is the OA debate suddenly so big again this year? David C. points to the Research Works Act, which “really galvanized” a lot of the movement. Also a big change in the media coverage of OA, the result, says David, of the replacement of professional science journalists with other sources of information.

David S. noted the role of one Guardian writer who wrote “a very nice, well-constructed polemic, and everybody jumped on it.” But, says, David, the financial crisis may have led to a more general focus on sources of value and perceived value — where money is being spent and why. “I think there’s more at play in bringing this back around.”

Kent noted the trend on the blog toward interviews, including David C.’s interview with Cameron Neylon, to get additional voices represented in the blog.

2:35 p.m.: And they’re off . . . Kent welcomes the audience to the event (apparently, he has pulled rank and has his own wireless mic . . .) A few stats start things out. Kent has written 855 posts; Phil has written 215; Joe Esposito has done 99; David C. has written 65; Rick Anderson (“World famous handsome librarian”) has done 28; Michael has written 27; Ann has done 21 posts; David Wojick has written 7 (not many posts, but a frequent commenter, says Kent); David S. has also written 7. Tim Vines has written few posts, says Kent, but they tend to have original research data. And yours truly . . . well, only three, including this one. (Um, sorry.)

2:25 p.m., Eastern U.S. time: Greetings from scenic Arlington — today, Stewart Wills, amanuensis for a day, will be live-blogging the 2012 SSP annual meeting’s closing session: “The Best of The Scholarly Kitchen: The Second Course!” [Exclamation point courtesy of the SSP meeting program.] The session will feature a phalanx of TSK chefs who, we are promised , will “serve up the hottest (and coolest) topics in scholarly publishing.” We shall soon see . . . In any event, chef de cuisine Kent Anderson, and chefs de partie Phil Davis, David Crotty, Michael Clarke, Ann Michael, and David Smith are making their way up to the dais. Will today’s session finally decide who will emerge victorious in the cutthroat battle for the coveted sous-chef position?

OK — no more of the chef stuff, I promise.

Compared with last year’s setup, this year’s dais is a spare affair — six straight-backed chairs, two handheld mics. Over the past hour, the rumble of wheeled luggage has resounded in the hallways, as many conferees have exercised their option to leave immediately after ingesting lunch. But a hard core of bitter-enders remains in the room, ready to take in the closing session. So get your mouse cursor or index finger poised over the browser’s refresh button, and let’s go. 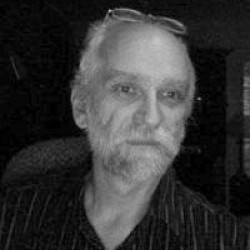 View All Posts by Stewart Wills

As someone who comments a lot I just wanted to comment that I selfishly seek the thoughts of others.

Will Editing Mix Machines With Humans? Dan Cohen Ponders the Future of Publishing