Plum Analytics’ new position as a wholly owned subsidiary of EBSCO is a significant partnership with far reaching impact that will benefit both companies and advance the development of altmetrics. When a company the size of EBSCO invests in an emerging area it serves as an endorsement of this new field and acknowledges its anticipated potential.

A self-funded startup, Plum Analytics was co-founded in 2011 by Andrea Michalek and Mike Buschman who had worked together in leadership roles at Serials Solutions on the creation and launch of Summon, the next generation discovery tool for libraries. Plum will continue to operate as a separate company which is key to the flexibility and innovation required by start-ups.

What does EBSCO bring to Plum?

In a word – resources. With EBSCO’s support Plum will have the bandwidth to scale its operations. Plum plans to work with a broader group of customers and further develop its analytical capabilities.  EBSCO’s sales and marketing teams are well positioned to support Plum’s growth. With extensive content assets, EBSCO can provide considerable data to build a fuller picture of usage.

What does Plum bring to EBSCO?

In a word – opportunity. Plum Analytics is the first startup EBSCO has bought and it represents a new product area that serves the office of research in universities. Altmetrics is a growth area that offers EBSCO a way to contribute to scholarly discourse. Plum’s services are cloud based (both software and data) and intersect with EBSCO’s current and potential customers in the broader value chain.

Plum represents what is referred to as “adjacency” which is a related business that utilizes and reinforces the profitable core business. For example, Plum’s founders have expertise in discovery systems and their metrics would provide EBSCO with timely factors useful in ranking search results.

Since altmetrics is still in the developmental phase, the EBSCO brand serves as a signal to libraries that altmetrics is gaining ground as a credible source of data.  Both EBSCO and Plum are firmly grounded in libraries and the timing of the announcement, just before the American Library Association’s MidWinter Meeting in Philadelphia, changed the conversation in the Exhibit Hall – from “What is Plum Analytics?” to “What do I do next?” and “How do I begin?”. Plum Analytics is likely to become the face of altmetrics to academic libraries given EBSCO’s prominent market position and the lack of competition.

Two of the three other sources of altmetrics in scholarly publishing offer different services to other stakeholders. Altmetric.com under the banner of Digital-Science is owned by Macmillan Publishers (which owns the Nature Publishing Group) and provides article level metrics for researchers and publishers. Impact Story was developed with a grant from the Sloan Foundation and is designed to provide researchers with a clearer picture of the impact of their research.

PLOS introduced Article Level Metrics (ALMs) on its own publications that are freely available in keeping with the culture of open access (OA) publishing.  Data is organized and presented for use by researchers, publishers, institutions and funders. While these stakeholders are interested in both open access and alternative metrics, there is value to be found regardless of the business and access models used.

Data at the article level is a more specific measure of an author’s work than traditional measures of citations and downloads at the journal level.  As new identifiers for authors (ORCID) and funders (FundRef) become part of the scholarly publishing infrastructure, their use will enable greater access to the literature for a wider range of applications by a broader audience. Adoption of both the identifiers and altmetrics will accelerate as stakeholders begin to obtain a clearer picture of research from their own perspective.

Established metrics (citations and downloads) reflect the activity of authors and readers within the academic community. However, finding ways to measure how much the broader world regards your work is a different conversation. This is apparent in the Becker Model which was developed by a librarian (Cathy Sarli) and an informaticist (Kristi Holmes) at Washington University in St. Louis.  In addition to traditional and alternative metrics, they include additional factors in biomedical research such as patents, software, curriculum materials, mass media recognition, practice guidelines, reporting requirements, legislation and ‘economic benefits’ such as reduced morbidity or increased life expectancy in an effort to contextualize the value of research.

While these categories are similar to other altmetric providers, Plum plans to expand them.

Plum has created its own APIs to collect article level data and uses widgets to display metrics. Dashboards vary the data analyses to meet the requirements of different stakeholders, whether it is a university that wants to compare departments or individuals, or whether a publisher or researcher wishes to analyze the impact of OA journals compared to non-OA journals.

Plum’s initial product offering was focused on researchers with metrics aggregated at the department and institution level. Authors can easily see the range and scope of their output and determine which artifacts resulted in the most activity. These two charts provide an example of Plum’s visual display and either link allows the reader to toggle between “Type” and “Impact” views.

Todd Carpenter, Executive Director of the National Information Standards Organization (NISO) and a fellow Chef, has written a post about the value of altmetrics (recently reposted here). NISO  has a grant from the Sloan Foundation for a project on Alternative Assessment Metrics to advance standards and best practices for altmetrics.

Impact does not end with the peer community or the academy. Altmetrics are being developed to recognize the use and reuse of content across a much broader audience. Both Plum Analytics’ developments and NISO’s work are activities to track as indicators of evolving trends in measuring what matters in the larger digital landscape. 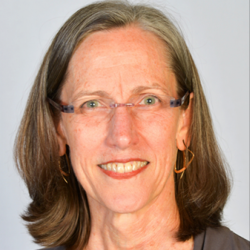 Judy Luther is President of Informed Strategies which provides market insights to organizations on innovative content and business models. A past president of SSP, she serves on the editorial board of Against the Grain and The Charleston Advisor.

View All Posts by Judy Luther

I have 3 credit scores too.

2-5 years from now, which will be the accurate metric…can there be only one? Perhaps scholars/researchers will be content to use a “blended metric” from all 3, 4, 5 services…

Will be interested to see the p-value between them all…

Maybe one will emerge as the most accurate, most comprehensive industry standard – like the Impact Factor.

The fit with EBSCO is good because Plum is selling, not altmetrics, but rather a relatively comprehensive database of metrical data. There are a gadzillion ways to combine this multi dimensional data for analytical purposes. Visualization is also a big emerging issue so Plum’s pie charts are just scratching the surface.

However, people generally dislike being analyzed so one wonders if the libraries really want to be the source of all this personal information about their patrons? Another fun question driven by new technology.

They don’t mind being assessed. It happens every time you apply for a grant. What they can’t stand is being looked at through the eye of demonstrably silly methods like altmetrics http://www.dcscience.net/?p=6369

Even counting citations is useless until you are too old for it to matter, The Kaplan-Meier paper was cited only 6 times in the 10 years after publication, Now it’s 34,000. bit.ly/1fFAb09

I don’t know anyone who does not mind competing for grants. I personally hate it even though I have been successful at it. Nor are altmetrics “demonstrably silly” as you claim (and this thread is not about the value of altmetrics). But in any case I take it that you agree with me that faculty may not like being measured via altmetrics so the libraries may not want to buy that data. The issue is how EBSCO might market Plum? Who will buy the Plum data?

This post uses “altmetrics” as a singular noun in one place and a plural noun in another. Which is it? I also learned a new word: “informaticist.” Is this the writer’s neologism, or is it a real word?

See http://en.wiktionary.org/wiki/informaticist. The term is probably as old as “informatics” which has been around for over a decade, perhaps much longer.

I think “altmetrics” can be both singular and plural since it refers to both a single field and a bunch of methods. Thus I can say that altmetrics is (singular) a growing field and altmetrics are (plural) still not reliable indicators of importance. We see the same ambiguity with “economics.”

A Metric for the Quality of Peer Review: Interview with Adam Etkin of PreSCORE