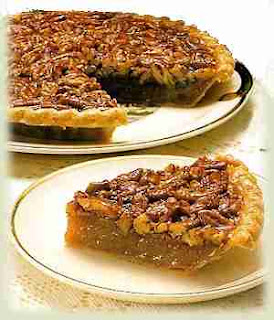 Since last week, the publishing and academic worlds have been abuzz (a word I’m using advisedly, as the response has been more like a low, sustained buzz than a roar) about the announcement that the Association of American Publishers (AAP) has settled its lawsuit with Google over the latter’s digitization of books published by McGraw-Hill, Pearson Education, the Penguin Group, John Wiley & Sons, and Simon & Schuster.

The settlement was reached between the parties to the suit and was not reviewed by the court, and the document itself is being kept confidential. However, the AAP’s announcement includes the following details:

The suit was brought in 2005, at about the same time as a class-action suit that was brought by the Authors Guild. While the AAP suit that has been settled was between Google and a handful of major publishers, the Authors Guild is representing individual authors as a class in its lawsuit, which remains in play. (A long-awaited ruling from Judge Denny Chin upheld the class certification of the plaintiffs in that case just a few months ago.)

The publishers’ private settlement, whatever its terms, does not resolve the authors’ copyright infringement claims against Google. Google continues to profit from its use of millions of copyright-protected books without regard to authors’ rights, and our class-action lawsuit on behalf of U.S. authors continues.

AAP’s announcement offered no information about when or exactly how the settlement will change readers’ online experience with the affected books. On 9 October I went to Google Play and experimented with several titles from McGraw-Hill, Pearson, and Penguin, and found that in each case I was able only to see 10 pages of each title (which in no case amounted to 20% of the complete text). This was true for textbooks and for works of classic (but in-copyright) literature alike. So at some point I would imagine that we’ll see an announcement telling us how the settlement’s terms will be implemented.

But it’s important to bear in mind that the AAP settlement is only one piece — and not the largest one — of the Google-litigation pie. Until the Authors Guild’s class action suit is settled, the future of the Google Books project will remain very much up in the air.

Interesting to note that the publishers had already started working with Google months ago and much of the heat had already been released. I think the publishers are not looking to cross swords with Google in a real way. This leaves the Authors Guild still holding the bag, but I tend to think it is almost empty as well. Many authors do not support this effort and see Google as a supportive advertiser of their works. Given that Google is responsible for about 40% of all digital advertising, many authors might find it is better to be included in the database at least they have a better chance of being discovered than out of the database. Not sure if the Google Books project is up in the air or just full of hot air. A lot of wasted time and energy but many lawyers were kept busy.

What the settlement appears to do, as far as I can tell, is to restore the status quo ante when publishers were cooperating with Google in the partner program, allowing up to 20% of their books to be browsed after being scanned by Google with permission obtained up front. There was no mechanism to buy directly from Google then, but publishers liked the way in which this program gave life to the “long tail” of backlist titles. (Penn State Press, which I headed then, was the first university press to become a Google partner.) Publishers were upset by the library program because it rested on an interpretation of fair use they could not accept, whereby “opt out” replaced “opt in” as the standard operating procedure. It would appear that, at least for the plaintiff publishers (and probably for all AAP-member publishers), the “opt in” principle has been restored moving forward. This still leaves Google free to apply its library approach to whatever books it can identify as “orphans.” Another major concession to publishers (which Google had refused at an earlier time) was to provide a copy of the digital file for every book scanned, with permission, in the Google database. I know this was a change because Penn State Press had offered to the University of Michigan more extensive user rights for its Google-scanned Penn State titles if Michigan would give Penn State a copy of each digital file; Michigan agreed, but Google vetoed the proposal.

Why Are College Textbooks So Expensive?